Research into local firms pays off

Carol Parton is someone who likes to do her research so when it came to designing and building her own home, she took the same thorough and fastidious approach.

She and husband Graham had been intending to buy a moderately new second-hand home but decided to change tack after carrying out a fruitless search while moving between three inadequate rentals.

Carol says they just couldn’t find what they wanted.

“A lot of houses were overpriced for what they were offering and we couldn’t find the features we wanted – that’s when we decided to build.”

After visiting several show homes as part of the research process, the British ex-pats decided they liked Orange’s Mako show home the best for their Todds Valley site. They were also very impressed with the team at Orange, who they gelled with straight away.

“They knew the section I was interested in and talked to me about various design options. The other companies wouldn’t let us take away the plans to consider and change, which made it very difficult. At Orange, they were very patient and happy to do several design iterations at no cost or obligation. We also had a couple of friends, who had a very positive experience.”

Unfortunately, the Mako design didn’t fit the site due to a 10m set back, so they decided to take the features they liked best and add them into a design that worked. That meant they included the Mako’s popular disappearing sliding corner doors into the new design. They also altered the plan slightly to encourage cross ventilation between the living spaces, with sliding doors opening onto the two opposite outdoor areas.

Incorporating some ‘eco’ features into the build was also very important to the pair. They upped the insulation in the walls and ceiling, and went for argon thermally broken double glazed windows, resulting in a “cosy, warm home”.

The 272sqm, four bedroom, three bathroom home, took nine months to build, which was slightly longer than originally planned due to supplier issues with Carol’s carefully selected thermally bridged max raft slab. However, the extra time has created a home that Carol says exceeded her expectations.

“It’s warm, sunny and filled with light. Every day, I get up and say to my husband, ‘I love our house’.” 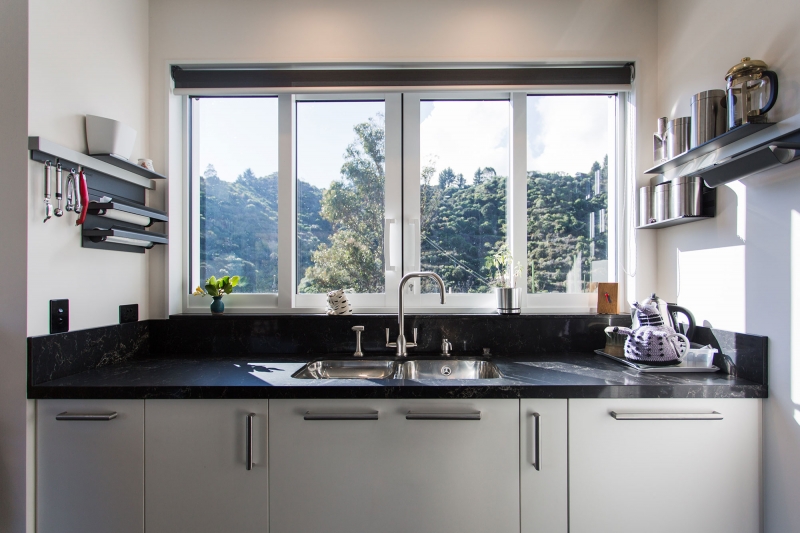 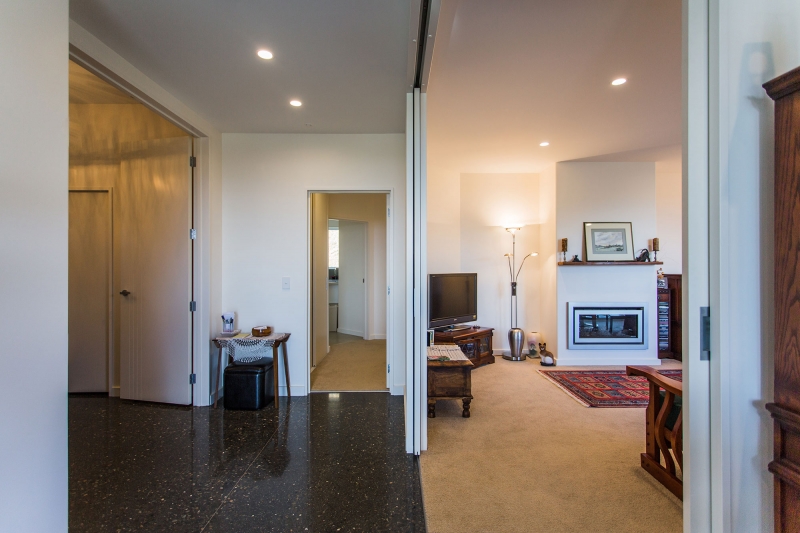 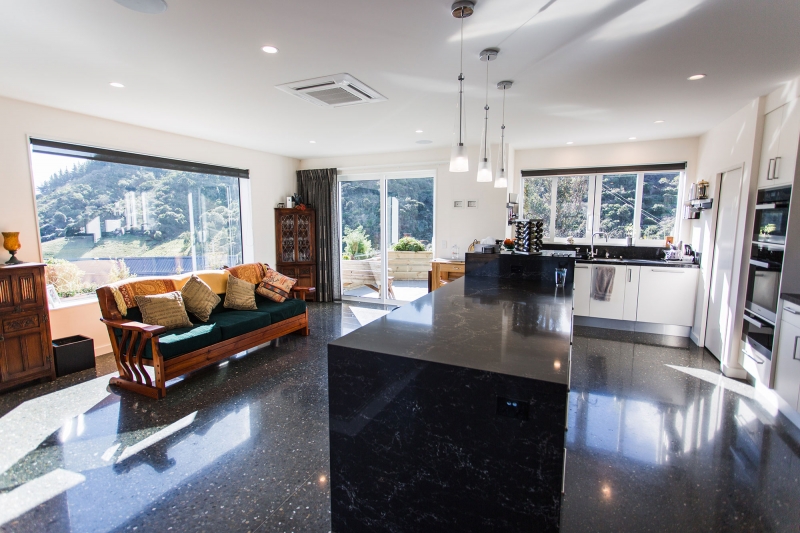 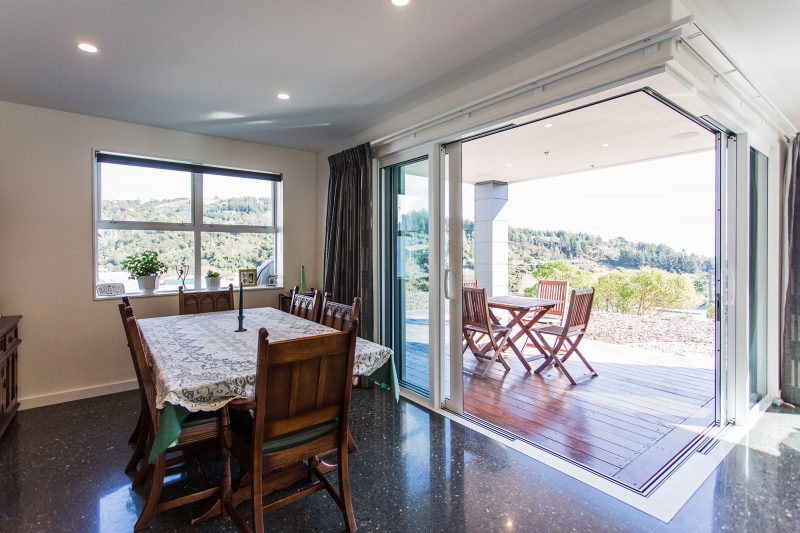 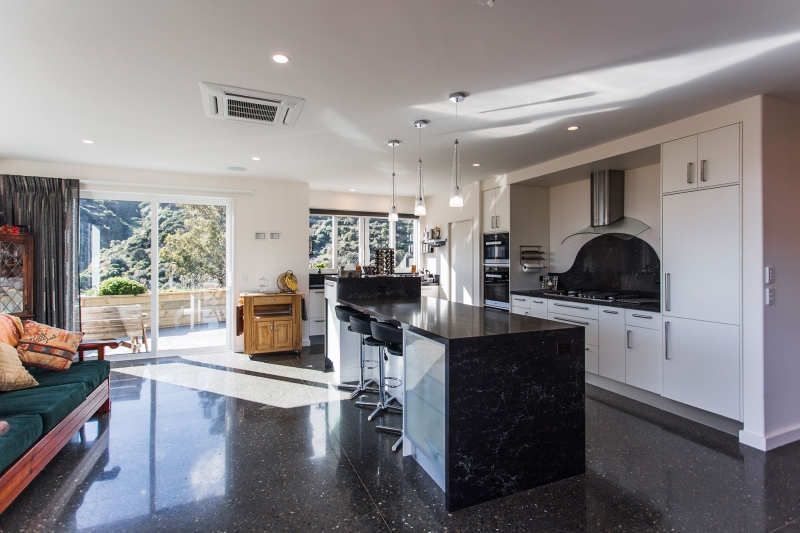 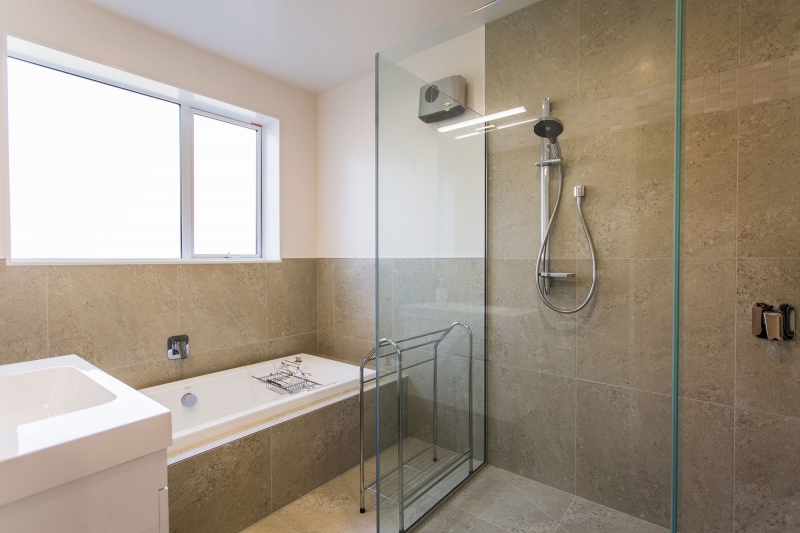 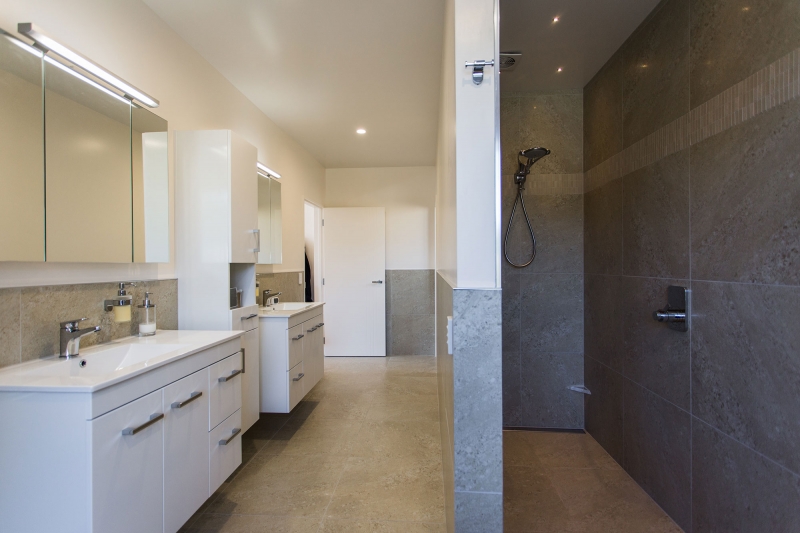 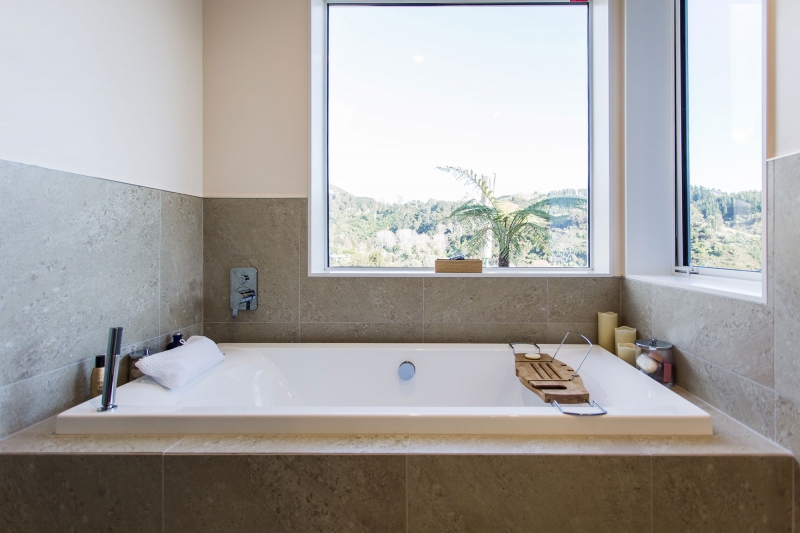 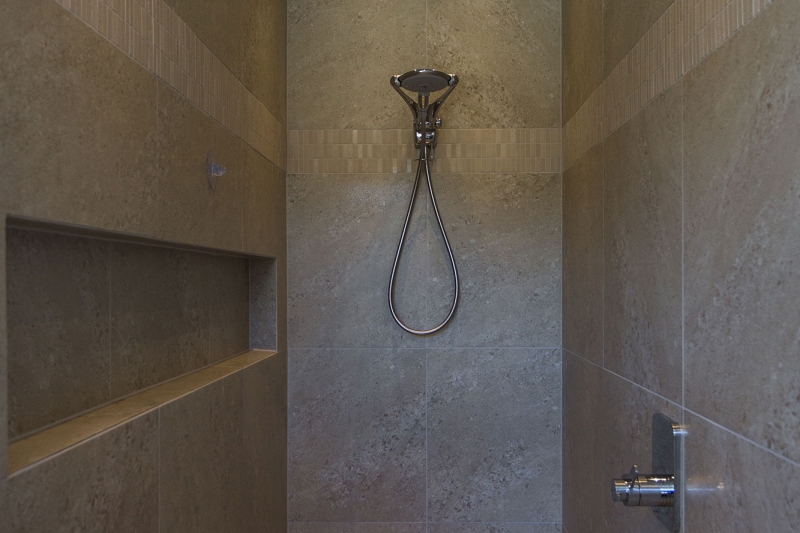 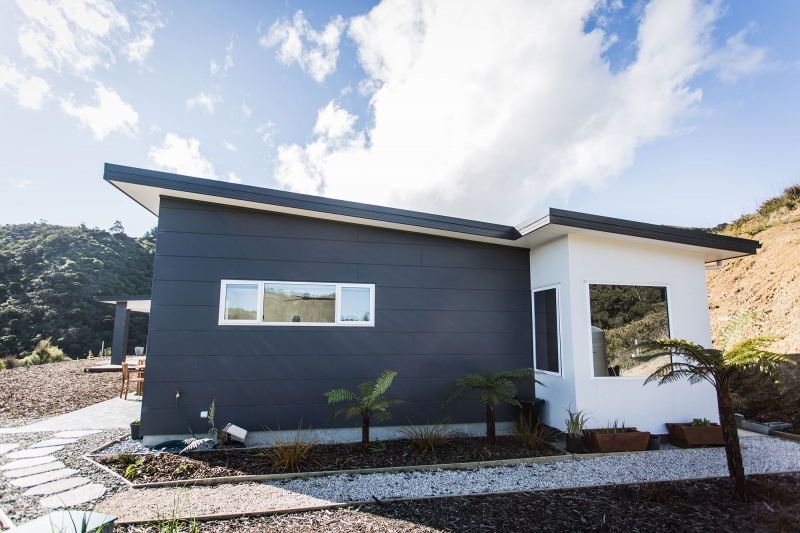 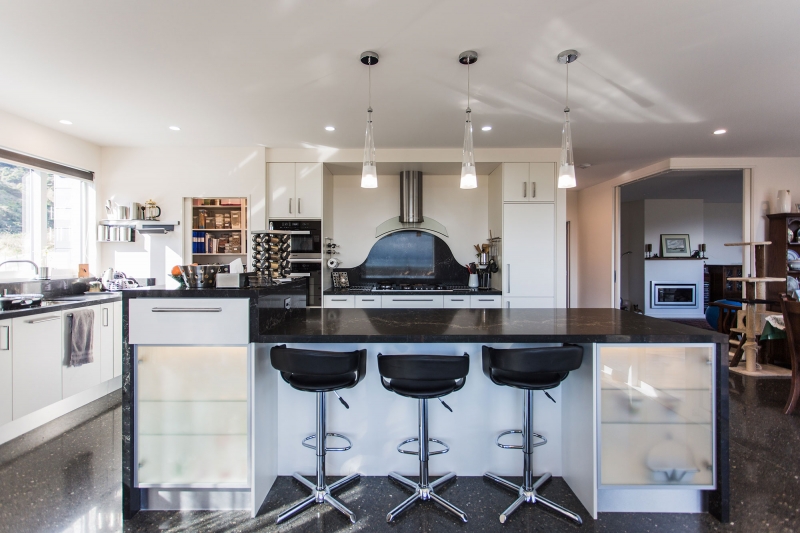